In early 2013, Pepperdine University was approached by the Lilly Endowment, Inc., a private philanthropic organization headquartered in Indianapolis, IN, committed to education, community development, and especially, to deepening and enriching the religious lives of American Christians by helping to strengthen local congregations. Pepperdine has enjoyed a fruitful relationship with the Lilly Endowment for more than a decade, having been a participant in their Theological Exploration of Vocation project.

The Lilly Endowment has a strong interest in developing programs that will identify talented Christian pastors serving local congregations, and will support them in their development as leaders and bring them into the kind of community that can help sustain their ministries. One of the initiatives reflecting this mission is their Early Career Pastoral Leadership initiative.

The people at Lilly recognize that for most pastors, the five- to ten-year period of ministry signals a crucial time of transition into a new stage of leadership. They have learned the basics of ministerial practice, often serving in the role of assistant or associate pastor and are now preparing to move into the senior pastorate, where they will shoulder the responsibility for shaping the vision for an entire congregation and for helping their congregation realize that vision. Additionally, they serve churches that have the potential to be on the forefront in efforts to make our communities better places to live. Thus, the transition to senior leadership has rich potential for good, but is also a time of great challenge as these pastors face the kinds of leadership responsibilities that their new roles will demand of them.

The Lilly Endowment Early Career Pastoral Leadership initiative is designed to help meet these challenges in young pastors' lives by enhancing their leadership skills, deepening their engagement with significant issues facing their communities, building networks with civic, business, and political leaders in their communities, and developing a strong community of support with each other. The first program, run as a pilot project at Wabash College in Crawfordsville, IN, showed dramatic success in terms of pastors' personal growth, their leadership abilities, and the support communities they formed with each other. 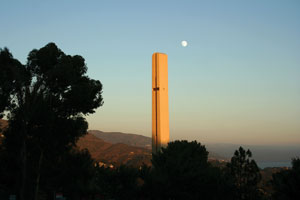 Building on that initial success, Lilly identified a select group of colleges and universities that they felt might be uniquely suited to developing their own pastoral leadership program, and Pepperdine was one of them. Because of its location, its academic resources, and its commitment to the integration of faith and learning, Pepperdine was an ideal candidate for a program like this. Of course, as members of the Pepperdine community began to explore the possibility of serving area pastors in this way, the response was one of overwhelming enthusiasm. Thus, COMMUNITAS was born.